A Note From the Director of The Drowsy Chaperone

Director Lyn Cramer shares her thoughts on the production, from its origins to Broadway and to Broadway Rose: 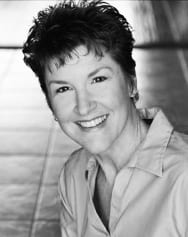 A rare combination of unprecedented originality and side-splitting hilarity, The Drowsy Chaperone boldly addresses a great unspoken desire in all of our hearts: to be entertained. If you’ve ever sat in a dark theater and thought, “Please, please theater gods, let it be good,” then this is the show for you.

This musical comedy is packed full of every gimmick, bit, cliché, and gag from musical theater’s golden age. Beginning with the “Man in the Chair,” every character is over-the-top, outrageous, and hilariously funny. When I saw the show in 2006 on Broadway, I fell in love with the production because I was laughing so hard, so much, and so loud. When the lights came up, I was euphoric. I had to see it again! Truth is, I laugh out loud when I read the script. The music will have you humming and the dancing will have you tapping your toes.

The Drowsy Chaperone started out as a short spoof of 1920s musical styles, created for the bachelor party of Robert Martin and Janet Van De Graaff. Yes, they are real people! Mr. Martin joined his bachelor party friends who had imagined the work, Don McKellar, Lisa Lambert, and Greg Morrison, as co-writer and originator of the “Man in the Chair” role. Nine years and many versions later, it arrived on Broadway in May 2006 and led all musicals in Tony nominations with thirteen!  The show won five, for Best Book of a Musical, Best Score, Best Scenic Design, Best Costume Design, and Best Featured Actress in a Musical for Beth Leavel.

I recently had an opportunity to interview Casey Nicholaw, Tony award-winning director for The Book of Mormon. Drowsy was his first Broadway show as both director and choreographer back in 2006. He shared several great stories about the production with me, but none was more touching than when he told me he knew everyone on the production before rehearsals even began. He purposely surrounded himself with friends and colleagues both in front and behind the curtain. As a theater family, they worked hard and they laughed their way to opening night.

This is my second time to direct and choreograph here at Broadway Rose and it feels just that–like family.  I have friends from my first show, Dirty Rotten Scoundrels, in this production, as well as students from back home in Oklahoma. I am working with many people I know and love and am making new friends and colleagues. With a cast, orchestra, crew, and creative team of over fifty, we want to share a laugh with you and hope you enjoy the show as much as we have enjoyed bringing it to life.
A big hearty thank you to everyone!