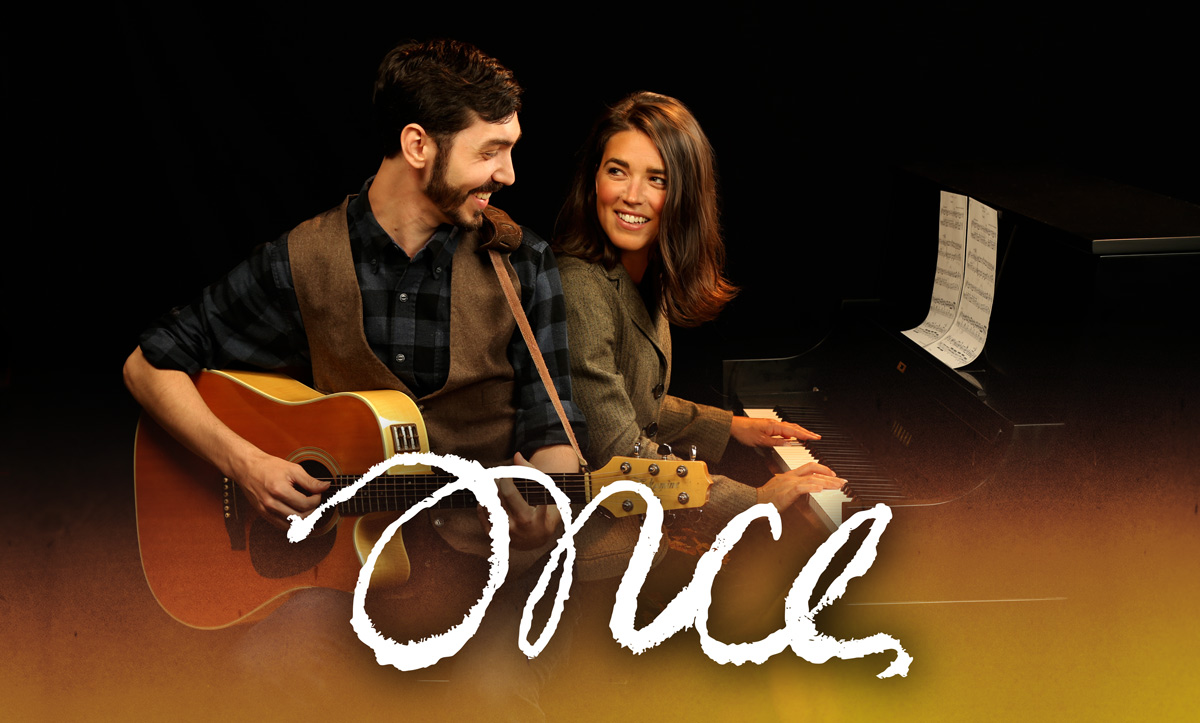 Scripts for all of our productions are available to read at our offices. To make arrangements to read a script, please call the box office at 503.620.5262.

Act I A Dublin busker (“Guy”) sings and plays guitar on a Dublin street. He puts his guitar away and is about to leave without it when a young Czech woman (“Girl”) approaches him. He reveals that he wrote the songs for his ex-girlfriend who now lives in New York City and he is giving up on his music. When he tells her that he works as a vacuum cleaner repair man in his father’s shop, the Girl mentions that she has a vacuum that needs repairing and offers to pay him with her piano music. She snatches his sheet music for one of his songs and although reluctant at first, the Guy picks up his guitar and they play the song together. The Girl suggests that if he plays the song for his old girlfriend, he will win her back.

After repairing her vacuum, the Guy attempts to kiss the Girl, but she stops him and leaves. The next day he apologizes and the two patch things up. They write, rehearse and record songs, and get to know each other. The Girl introduces the Guy to her family, including her young daughter, Ivonka. After the Guy leaves, the Girl listens to one of his songs and provides her own lyrics as she thinks of him.

The pair meet with a banker and persuade him to invest in the Guy’s music. The following night, the two go into a night club where the Girl has secretly signed the Guy up to perform for open mic under the alias of “The Hoover Man.” While the Guy is singing, it is hinted that he is singing for the Girl this time rather than his ex-girlfriend.

Act II Having formed a band, the Guy and Girl are rehearsing when some of the musicians get into an argument, prompting the Guy and Girl to escape for a brief, tender moment. The Girl reveals that she is married to Ivonka’s father, and tells the Guy in Czech, “I love you,” but when he asks what it means, she says “It looks like rain.” Wondering how he’s going to live without her, the Guy proceeds to sing and play his guitar.

The next day the band records a demo for a major record label. The band takes a break while the Girl remains at the piano and plays one of her own compositions, admitting her true feelings for the Guy, unaware that he is listening. Guy appears, and the Girl tells him that her husband wants to reconcile. The Guy confesses that although he wrote the songs for his ex-girlfriend, he can only think of the Girl when he sings them now, but the Girl stops him. The next morning, the band members reflect on their success with the album. Once alone, the Guy asks the Girl to move with him to New York and write songs together. After fantasizing about the possibility, the dream evaporates.

Back at the shop, he plays the demo for his father, who, moved and impressed, gives him money to help him get settled in New York. Before leaving for the airport, the Guy calls his ex-girlfriend, who is happy about his imminent arrival. He realizes that he will not see the Girl again. Days later, the Girl sits down at her piano and begins to play, while the Guy plays his guitar in his new apartment.

Back to show page