Book and Lyrics by Joe DiPietro
Music by Jimmy Roberts

This celebration of the mating game takes on the truths and myths behind that contemporary conundrum known as “the relationship.” From dating and waiting, to love and marriage, to the agonies and triumphs of in-laws and newborns, trips in the family car, and pick-up techniques of the geriatric set, this hilarious revue pays tribute to those who have loved and lost, to those who have fallen on their face at the portal of romance, and to those who have dared to ask, “Say, what are you doing Saturday night?”

Joshua Stenseth is excited to be again joining Broadway Rose Theatre Company, where he last appeared in Christmas On Broadway. He can frequently be seen in many regional theaters and in a few commercials. Work with local companies includes Broadway Rose Theatre Company, Curious Comedy, Oregon Children’s Theatre, Tears of Joy, Live on Stage, Clackamas Rep, triangle productions!, Stumptown Stages, and more. Joshua is a proud North Dakotan who received his degree from Minnesota State University. You can see him next as Frog in A Year With Frog and Toad at Oregon Children’s Theatre.

Amy Jo Halliday is a Mesa, AZ, native. She has been married to her high school sweetheart for 13 years, and they have 4 beautiful children. She has a Music Theater degree from Arizona State University and a Masters in Vocal Performance from Portland State University. Amy Jo has had the opportunity to travel all over the United States as a singer. Highlights include: Christine in The Phantom of the Opera (National Tour), Josephine in H.M.S. Pinafore (Arizona Theatre Co., Arizoni award), Anna in The King and I (Broadway Rose), and Paulette in Legally Blonde (Pixie Dust Productions). Amy Jo has also had the opportunity to be a soloist with The Mormon Tabernacle Choir (Music and the Spoken Word), and was the singing voice for a national Mountain Dew commercial.

Colin Wood, originally from Montana, holds an M.F.A. in Acting from Minnesota State University, Mankato and has worked as an actor with professional theater companies in Montana, Michigan, Minnesota and Oregon. Locally, he has performed with the Beaverton Civic Theatre, Live On Stage, Tapestry Theatre, the Classic Greek Theatre of Oregon, Lakewood Theatre, Staged!, Bag and Baggage Productions, and Broadway Rose Theatre. He has also performed at the Theatre Fringe Festival in Edinburgh, Scotland and is an Equity Membership Candidate. Favorite show credits include Of Mice and Men, Big River, Jesus Christ Superstar, Oklahoma!, The Fantasticks, The Wild Party, Guys and Dolls, The Taming of the Shrew and The Rainmaker. 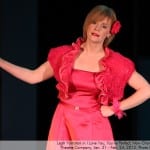 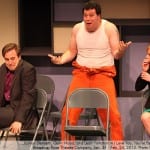 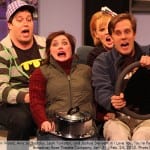 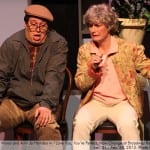 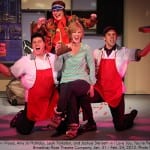 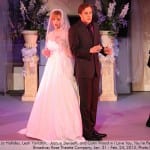 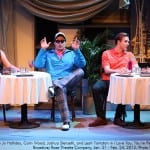 I Love You, You’re Perfect, Now Change (Review)
By Tina Arth and Darrell Baker
The Washington County Review, Feb. 5, 2013
Some of the show’s best moments come in numbers where all four cast members perform together, delivering intricate harmonies and powerful solos sandwiched in the crisply delivered comedy…read the rest here.

Theater review: Broadway Rose’s ‘I Love You, You’re Perfect, Now Change‘ is appealing, though a bit dated
By Grant Butler
The Oregonian, Feb. 3, 2013
Director Sharon Maroney gets great performances out of Leah Yorkston, Amy Jo Halliday, Joshua Stenseth and Colin Wood, giving each actor several moments to shine. All four have appealing voices, and Stenseth and Yorkston have nice on-stage chemistry in their scenes…read the rest here.

Broadway Rose show mirrors life of newlywed actress
By Barbara Sherman
The Portland Tribune, Jan. 24, 2013
In the near future, Broadway Rose audiences will be able to say they saw Leah Yorkston perform “back in the day” when she was just starting out…Leah will next perform in the Broadway Rose Theatre Company’s upcoming “I Love You, You’re Perfect, Now Change,” before leaving for the bright lights of the other Broadway in New York City…read the rest here.