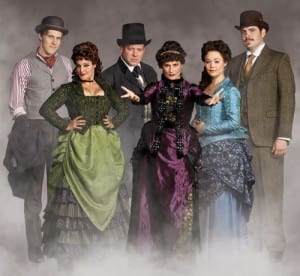 The PennyWise Music Hall is home to an illusionist who saws women in half while real murders are taking place on the streets outside. Reporter Chester Talbot sets out to unravel the mystery, but what he sees may not be what it seems. A truly original take on a well known story that provides suspense, surprises, and a refreshing approach. Broadway Rose is pleased to present the world premiere of this thrilling new musical.

Isaac Lamb (Chester Talbott) was previously at Broadway Rose in Forbidden Broadway and is thrilled to be working with the company again! Isaac is a native Portlander and a proud company member of Third Rail Repertory Theatre. For several years Isaac starred in the national tour of Defending the Caveman, Broadway’s longest running one-person show. Locally, Isaac has performed with Third Rail in The Lying Kind, Kiss Me Like You Mean It, and The Wonderful World of Dissocia; Portland Center Stage in The 25th Annual Putnam County Spelling Bee; Artists Repertory Theatre in Assassins and Vitriol & Violets (2009 Fertile Ground); and Lakewood Theatre Company in Into the Woods and Lend Me a Tenor. In 2007 he won a Drammy Award for the role of Gaston in Northwest Children’s Theatre’s production of Beauty and the Beast. He also directs theater and film, including Broadway Rose’s teen summer workshop.

Audrey Voon (Mary Kelly) is happy to be back with Broadway Rose after debuting with the company last summer as Tuptim in The King and I. Other favorite roles include: Léonide in Triumph of Love, Ginger in Zombie Prom, Isabel in The Pirates of Penzance, and Elsa Schraeder in The Sound of Music. She is also a member of the Portland Opera Chorus and is thrilled to have worked with Opera Theatre Oregon and Mock’s Crest Productions. She received her B.A. in music from University of Portland in 2009 and has since enjoyed performing and teaching in Portland. She teaches voice and piano through her studio and choir at local schools. Audrey is also an instructor at Ethos Music Center, where she recently established their first-ever musical theater class.

Amy Jo Halliday (Mrs. Ratkin). National Tour: Christine in The Phantom of the Opera. Regional Favorites: Anna in The King and I (Broadway Rose), Mrs. Potts in Beauty and the Beast (Pixie Dust Productions), Mrs. Lyle in The Ghosts of Celilo (Artists Repertory Theatre), Josephine in Arizona Theatre Company’s production of H.M.S. Pinafore (AriZoni award), Marion in The Music Man and Guinevere in Camelot both with the Oregon Symphony, Ruthie/Ned in Bat Boy: The Musical (Portland Center Stage), Nursemaid in Street Scene, and Melanto in The Return of Ulysses (Portland Opera). Amy Jo has been a guest soloist with the Mormon Tabernacle Choir (Music and the Spoken Word), Phoenix Symphony, and Oregon Symphony (Pops & Classical series). She has been heard on national television as the singing voice for a Mountain Dew commercial. Amy Jo has a bachelor’s degree from Arizona State University and a masters degree from Portland State University. She lives in Keizer with her husband and their four beautiful children.

Josh Stenseth (Eddie) is a North Dakota native who studied theater, music, and improvisation in Minnesota before migrating to Portland. Josh is also a puppeteer, working with Tears of Joy Theatre, Comedy Sports, and The Center for Puppetry Arts in Atlanta, Georgia. He currently improvises on the Curious Comedy house team “Uncle Peanut.” This fall, Josh will return to the Broadway Rose stage in the role of Austin in I Love You Because (September 22 – October 16). Josh is excited to be making his Broadway Rose debut with Ripper.

Olivia Shimkus (Long Liz Stride) is thrilled to be making her Broadway Rose debut. She has performed locally in musical and dramatic productions for the Magenta Theater (Vancouver, WA), Portland Actors Ensemble, and the Portland Revels. Regional theater credits include children’s theater productions for the Bristol Riverside Theater and the Delaware Valley Community Theater, both in Pennsylvania. Local film and television credits include numerous short films and regional commercials. Olivia graduated from Indiana University with concentrations in vocal performance and theater.

Gary Norman (Sgt. Neill/Ensemble) is thrilled to return to the Broadway Rose stage, having last appeared in Chicago as the MC. He was seen most recently in Theatre Vertigo’s critically acclaimed production of The Adding Machine in the role of Mr. Zero. He was a member of Theatre Vertigo for seven years and appeared in many of their shows including The Long Christmas Ride Home, Romance, and Valparaiso. He has appeared on stages all over town, mostly in non-musicals like The Receptionst (COHO), Telethon (Portland Playhouse), and Hamlet (COHO). His love for musicals, however, has been there from the beginning. Favorite productions he has been in include La Cage Aux Folles, Cabaret, West Side Story, Mame, and Man of La Mancha, among others.

Duane Nelsen (Author/Composer) is a Chicago-based playwright and composer and an alumni writer of the National Alliance for Musical Theater in NY, where Ripper was presented in 2009. Other shows include Dreamers, The Last Charade, Division Street and the new musical comedy Spa. He began his career as composer-in-residence at Off-Broadway’s Equity Library Theater, writing scores for The Comedy of Errors and Deathtrap. As a jingle writer for 15 years, he scored national television ads for the country’s top advertisers, including McDonald’s, Kellogg’s, Disney, Pillsbury, Bose, and many others. He also writes concert music which has been performed by orchestras here and abroad. With his wife, Catherine Hug, he has two boys, Matthew and Colin. He is a member of ASCAP and the Dramatists Guild.

Read Duane’s thoughts on producing the world premiere of Ripper.

Abe Reybold (Director & Musical Staging) has directed and choreographed previously at Broadway Rose for Pete ‘n’ Keely, Jekyll & Hyde, The Melody Lingers On, The Case of the Dead Flamingo Dancer, No Way to Treat a Lady, Nite Club Confidential, Celebrate Home (writer), Evita, and Bingo. Other regional director/choreographer credits include Disney’s Beauty & The Beast, Bat Boy – The Musical, Joseph and the Amazing Technicolor Dreamcoat, The Look of Love and West Side Story. For The Birmingham Children’s Theatre, he has directed The Snow Girl, the original techno fable Time Takers, and his own adaptation of Peter & The Wolf (with the Alabama Symphony). Abe is adjunct faculty at Birmingham Southern College and a proud member of SDC and AEA.

Read Alan’s thoughts on preparing the music for Ripper. 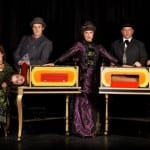 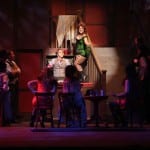 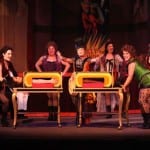 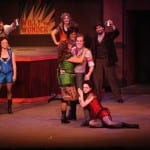 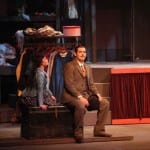 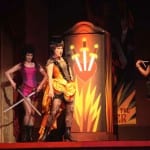 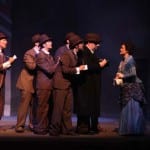 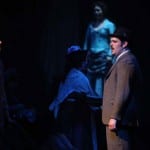 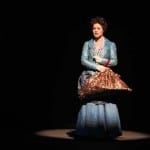 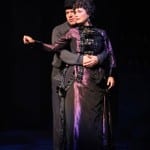 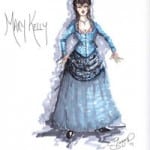 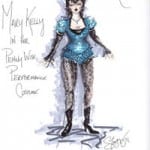 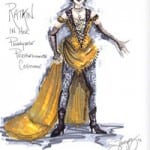 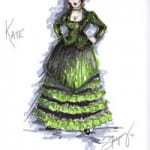 “From the first time I started researching it, I felt that it was a story that sung,” says Nelsen, a Chicago composer and TV jingle writer who has worked on the project since the late 1990s. “There are a lot of stories that have drama, but not everything has that quality of demanding to be put in song.” Read the rest here.

‘Ripper’ is literally ripped from the news headlines
By Barbara Sherman, The Regal Courier, Jul. 27, 2011

The true story of Jack the Ripper, who in the fall of 1888 murdered five East End London prostitutes and was never apprehended, might seem like a strange subject for a musical…Read the rest here.

Duane Nelsen’s musical thriller Ripper, based on the Jack the Ripper murders that gripped London in the late 1800’s, will get its world premiere staging in Tigard, OR, at the Broadway Rose Theatre Company…Read the rest here.

Broadway Rose Theatre Company received a $30,000 grant from the National Endowment for the Arts’ Access to Artistic Excellence program….Read the rest here.