A Note from the Director: Abe Reybold 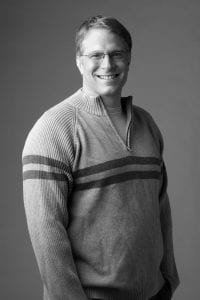 Like the fusion that became musical theatre, Forum is a marvelous blend of history and performance. It’s a riff on the ancient Roman comedies of Plautus (a lot of master and slave shenanigans). It has the extravagant absurdity of French farce and the physical humor of commedia dell’arte as seen through the bawdy, shameless, and very American lenses of Vaudeville and Burlesque. Even its title derives from a line often used by vaudeville comedians to begin a joke: “A funny thing happened on the way to the theater.”

But don’t let the silliness fool you. The craft applied and care taken to create this nugget of escapism was provided by many of our country’s greatest theatre artists. Hal Prince, Jerome Robbins, George Abbott, Jack Cole, Zero Mostel, Burt Shevelove, and Larry Gelbart were all connected to the show. And it has the distinction of being the first musical on Broadway in which Stephen Sondheim wrote both the music and lyrics. You may have heard his lyrics in West Side Story earlier this summer and I am thrilled for you to experience Sondheim’s first full score loaded with dexterity, buoyancy, and life.

And what an exciting, celebratory season this is at Broadway Rose! I cut my director/ choreographer “teeth” at this theatre and thanks to Dan Murphy and Sharon Maroney I’ve had many opportunities to truly stretch and grow. It’s wonderful to be back again, making theatre and working with so many old and new friends. Love is what kicks Forum’s plot into action and causes the protagonist to take continuous stabs toward freedom. I have experienced an abundance of love and artistic freedom here and am very grateful. Happy 25th Anniversary Broadway Rose! Comedy tonight!!