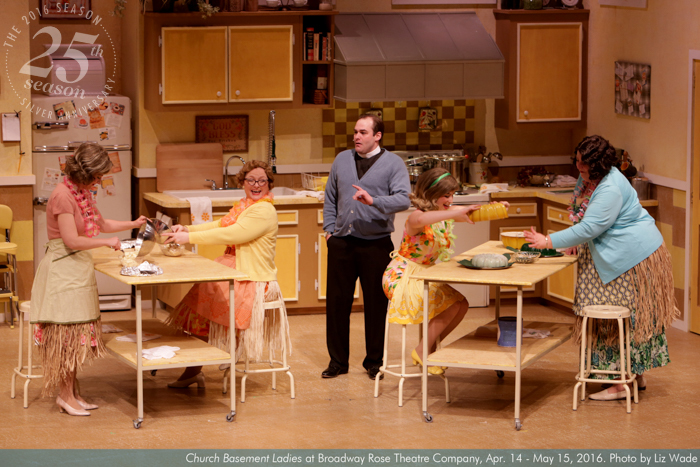 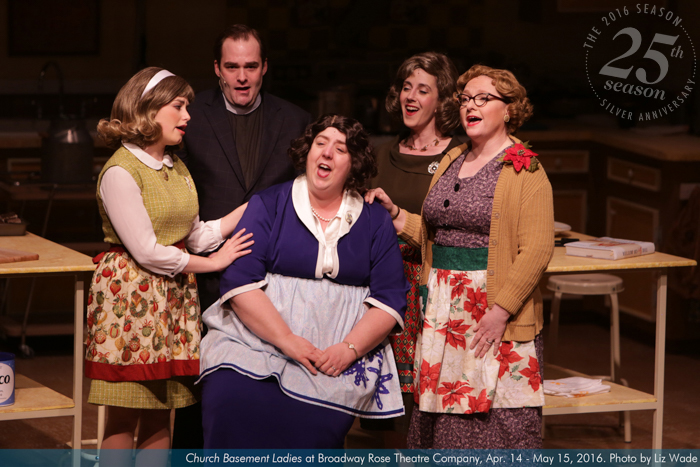 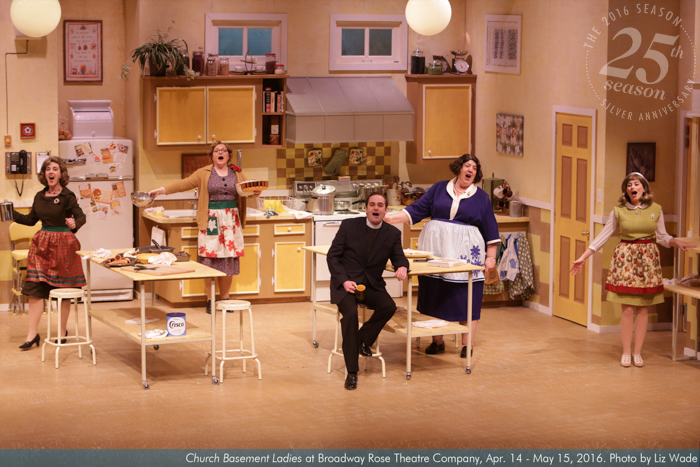 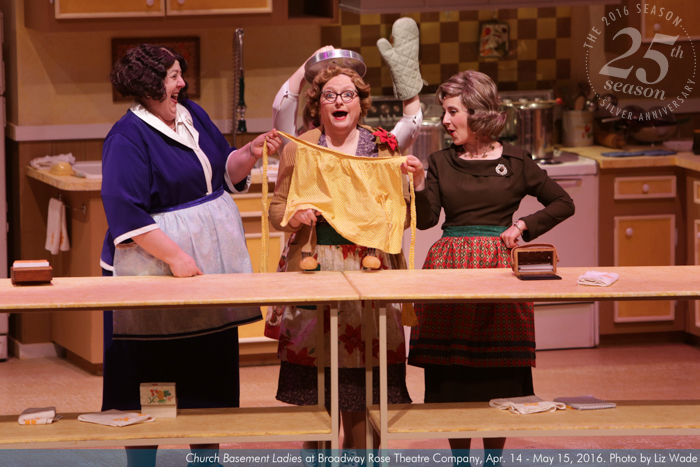 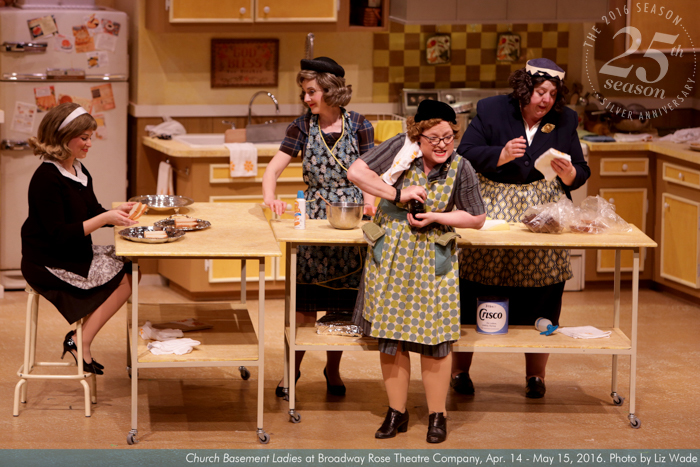 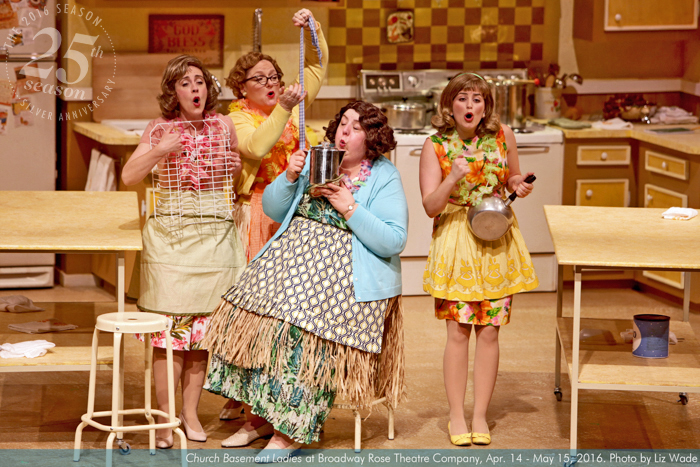 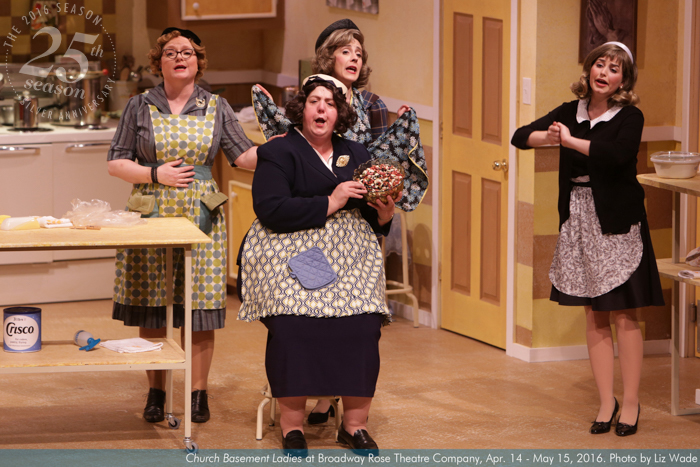 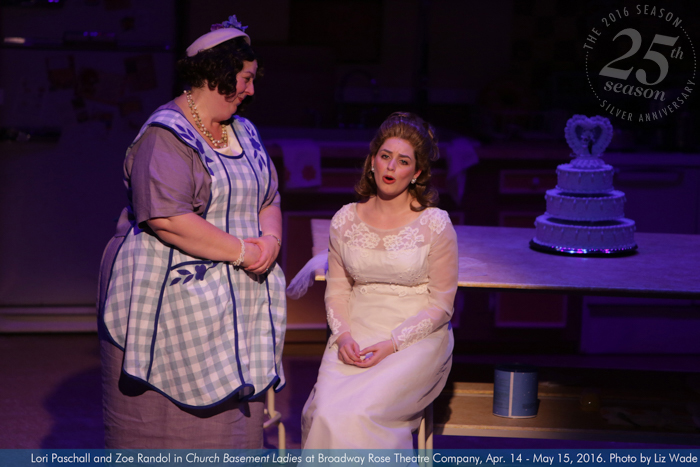 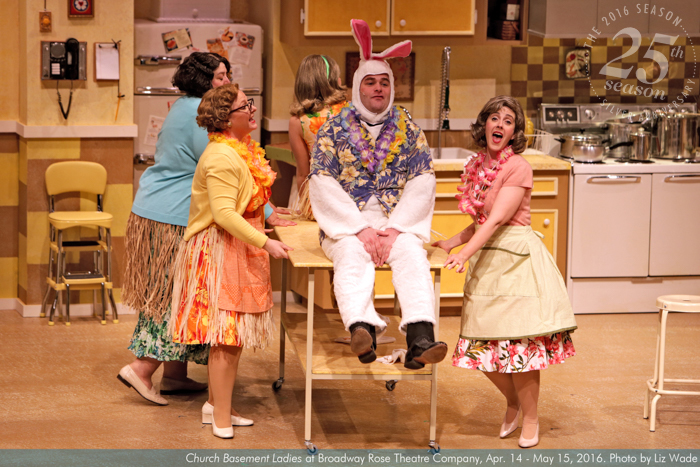 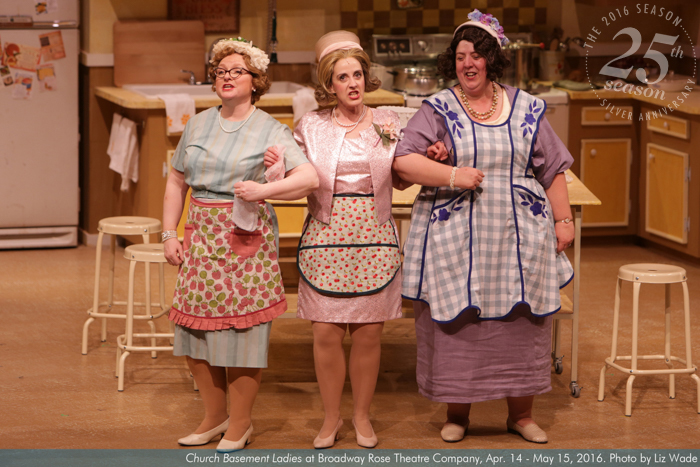 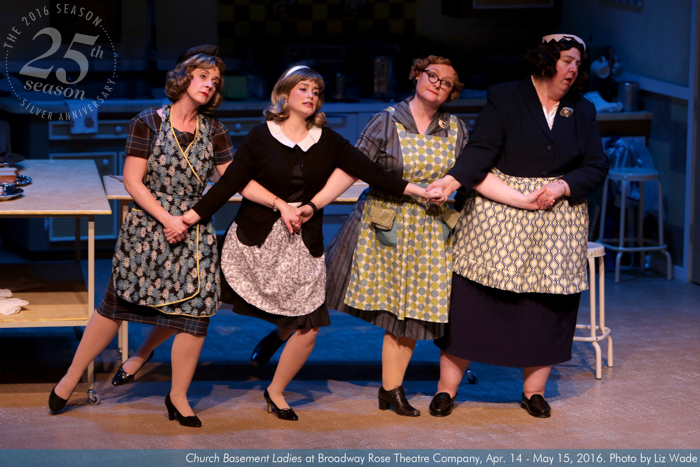 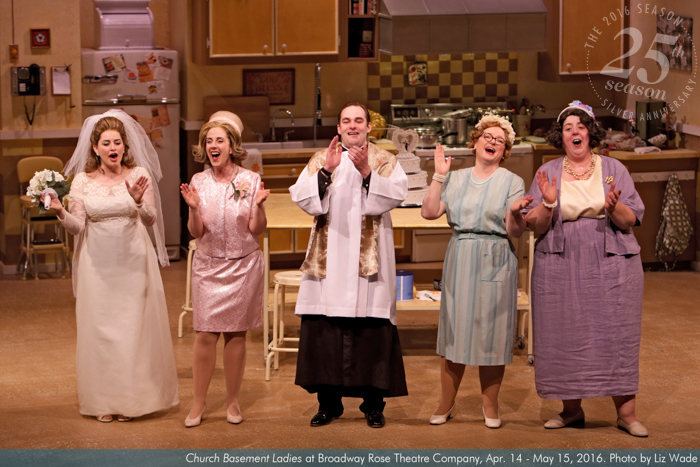 Add a Lutheran ‘hotdish’ to our virtual table
by Barb Randall
Lake Oswego Review, May 13, 2016
Does art imitate life, or is it the other way around – life imitates art? You may have to ponder that; this week we are adding the virtual dinner plate of our Lutheran friends from Minnesota to our table. I was inspired by Broadway Rose Theatre Company’s production, ‘Church Basement Ladies’...Read more.

Broadway Rose’s Latest Light Fun? This is Most Certainly True!
by Tina Arth
Westside Theatre Reviews, Apr. 20, 2016
The solos sparkle, but it’s the harmonies that make the evening – mostly smooth and rich, but with occasional flights of spine-tingling inventiveness… Read more.

Stand the heat, get into the kitchen: Church Basement Ladies takes a fond musical look at a fading slice of Midwest American pie
by Christina Morletti McIntyre
Oregon ArtsWatch, Apr. 19, 2016
..this musical is a devotional act that gives us a lens to experience and dig into a heartfelt piece of American pie…It’s a prairie celebration of an important segment in our culture… Read more.

‘Church Basement Ladies’ ham it up in real church
by Barbara Sherman
Beaverton Valley Times, Apr. 1, 2016
On the kitchen counter were the various colorful dishes the guild ladies had made for the photo shoot that included pineapple upside-down cake, banana cream pie, red Jell-O with cream cheese, brownies, a green gelatin concoction with carrots around the edges… Read more.