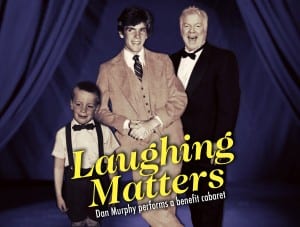 Through beloved show tunes and hilarious stories, Laughing Matters will guide you through Dan’s upbringing in a big Irish Catholic family in New York, his college year (yes, year), summer stock, work in the Big Apple, and eventually heading west with his family for fame, fortune and the evolution of the company we all know and love: Broadway Rose.

Lots of laughs await as you peek behind the curtain with Broadway Rose Theatre Company’s founding general manager, Dan Murphy!

at the Broadway Rose New Stage