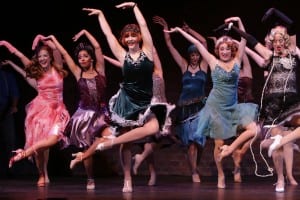 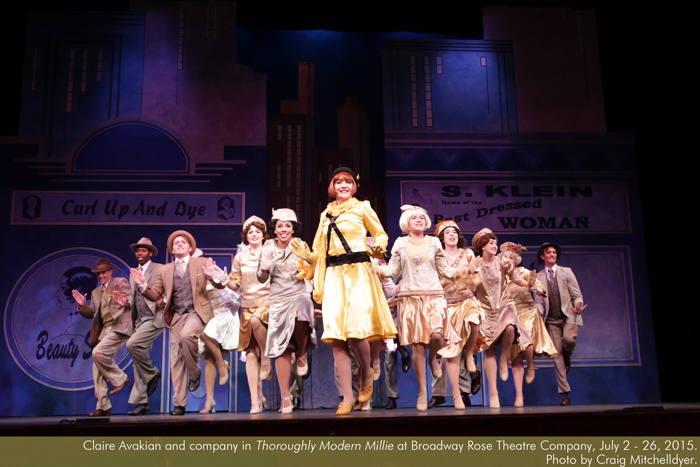 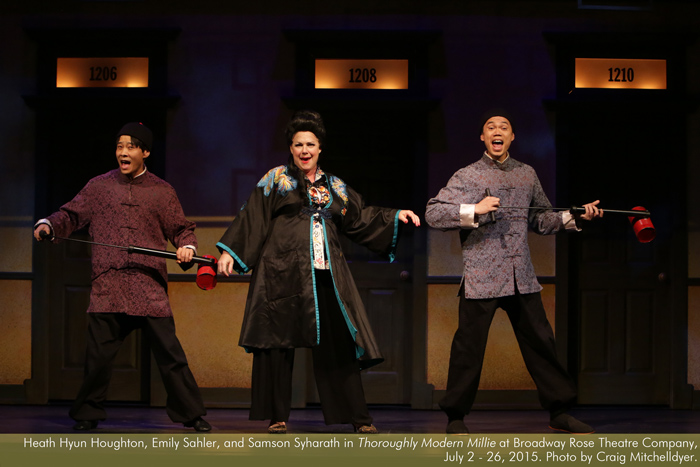 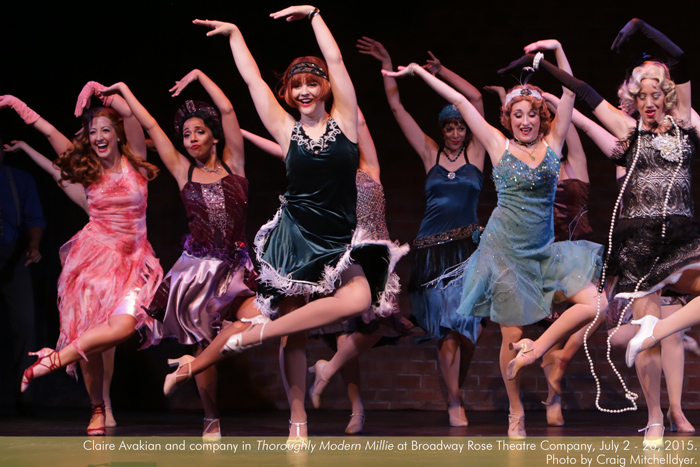 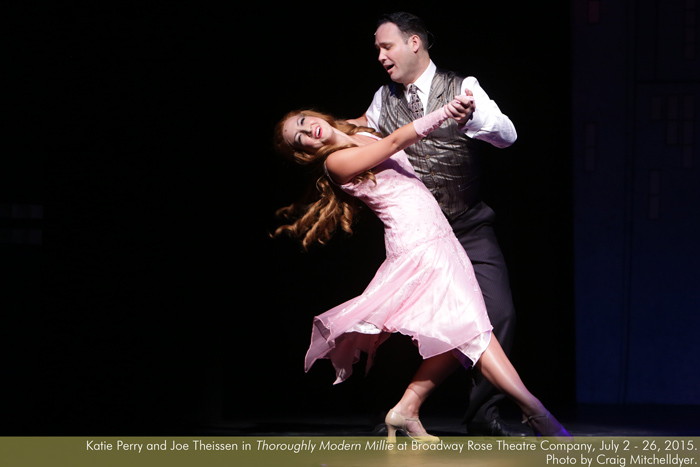 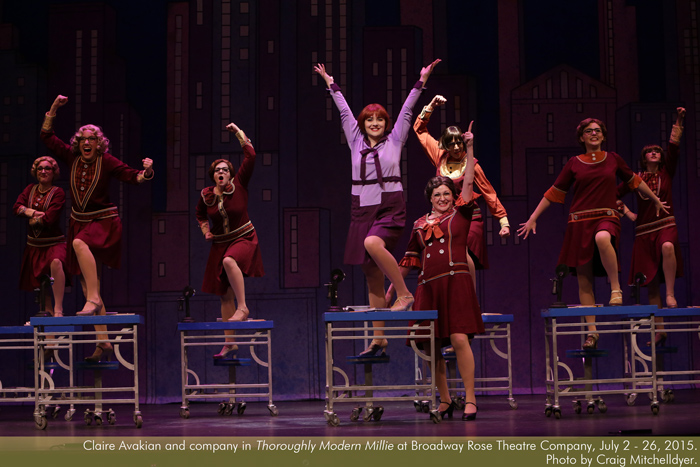 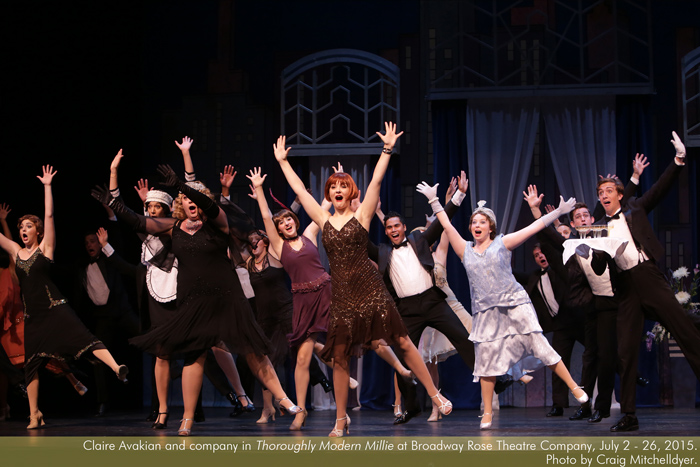 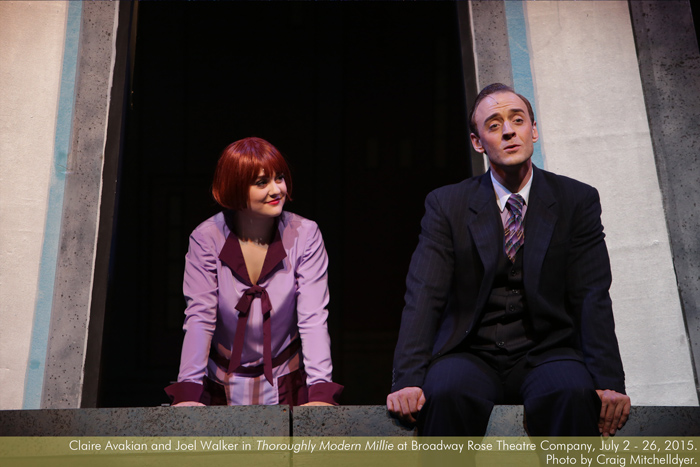 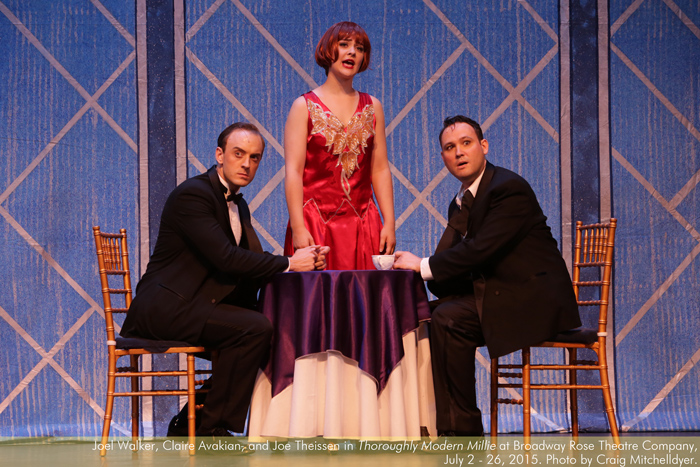 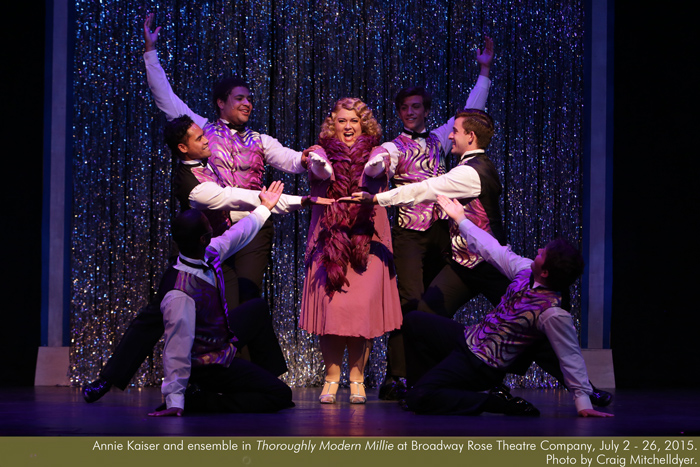 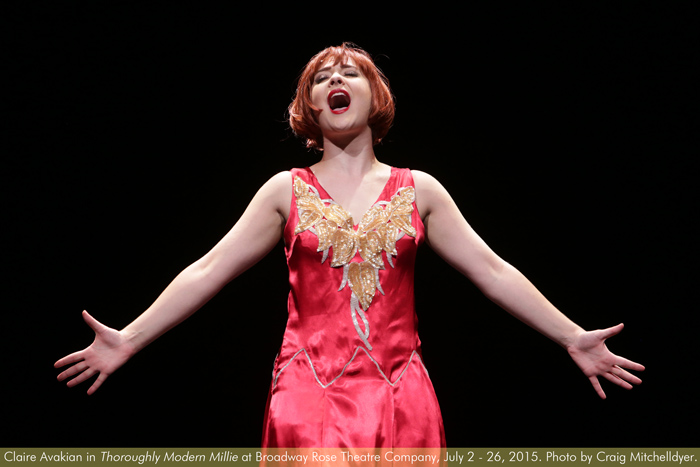 BWW Reviews: THOROUGHLY MODERN MILLIE is Thoroughly Entertaining, at Broadway Rose
By Krista Garver
BroadwayWorld.com, Jul. 7, 2015
The cast and crew at Broadway Rose are incredible, and I’m continually amazed at the quality of the musical theatre productions they put on. Claire Avakian is excellent as Millie. She can sing, she can dance, and she’s funny…Read more. 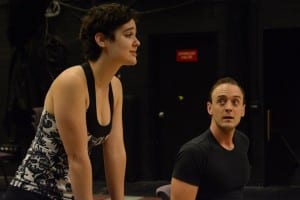 Like her character in ‘Thoroughly Modern Millie,’ Beaverton actress has big plans in New York
By Nuran Alteir
The Oregonian/OregonLive, Jul. 1, 2015
In the musical “Thoroughly Modern Millie,” young Millie Dillmount leaves her small-town life for New York City. And much like the character she will play at Broadway Rose Theatre’s production, Claire Avakian, too, wants to follow her dream to the Big Apple…Read more.

‘Thoroughly Modern Millie’ coming to Broadway Rose Theatre
By Barbara Sherman
The Times, Jul. 1, 2015
If Claire Avakian, who plays Millie Dillmount in the Broadway Rose Theater Company’s upcoming production of “Thoroughly Modern Millie,” seems even perkier and more effervescent on stage than the role calls for, it could be chalked up to all the stars aligning for Avakian this summer…Read more.

Broadway Rose to present THOROUGHLY MODERN MILLIE
By BWW News Desk
BroadwayWorld.com, Jun. 15, 2015
The winner of six TONY Awards including Best Musical, Thoroughly Modern Millie was the 2002 season’s most awarded new show on Broadway. Based on the 1967 Academy Award-winning film, Thoroughly Modern Millie takes you back to the height of the Jazz Age in New York City, when “moderns” – including a flapper named Millie Dillmount – were bobbing their hair, raising their hemlines, entering the workforce, and rewriting the rules of love...Read more.