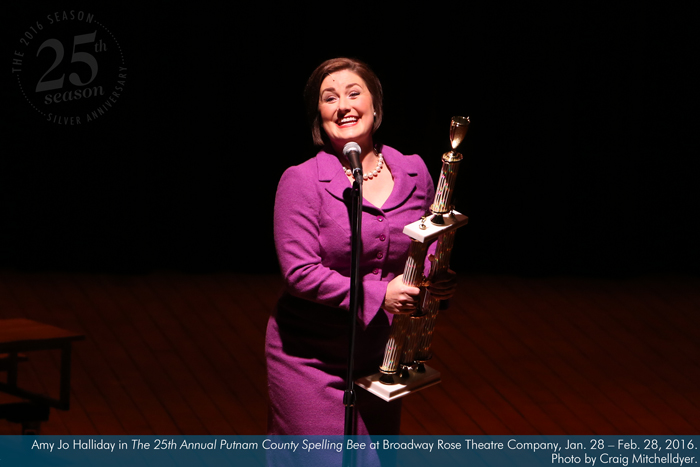 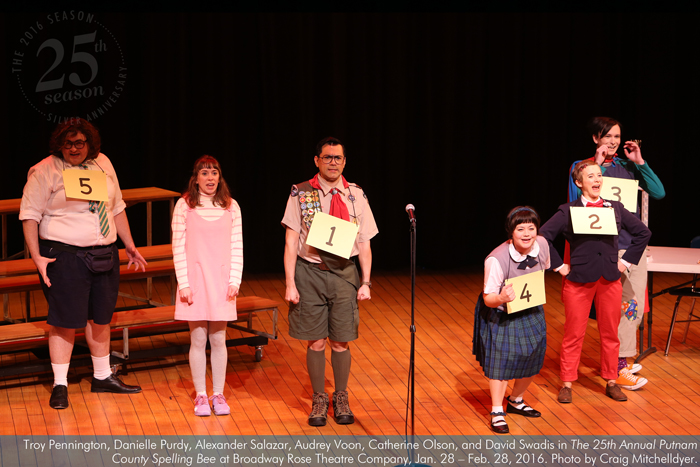 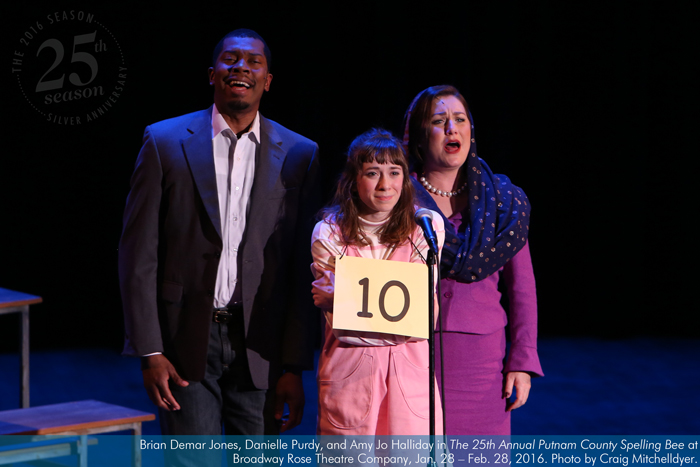 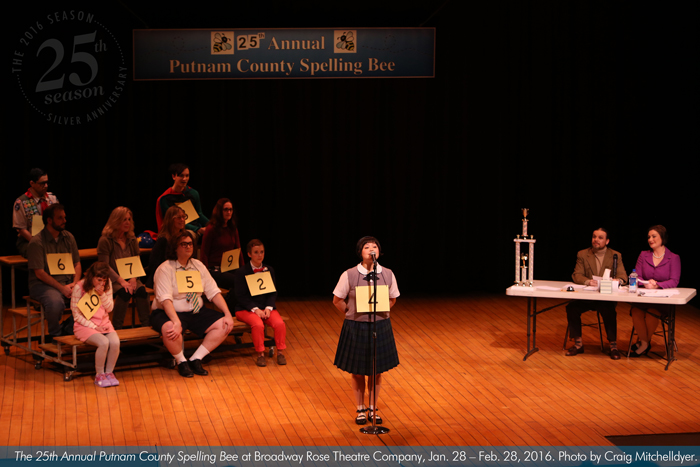 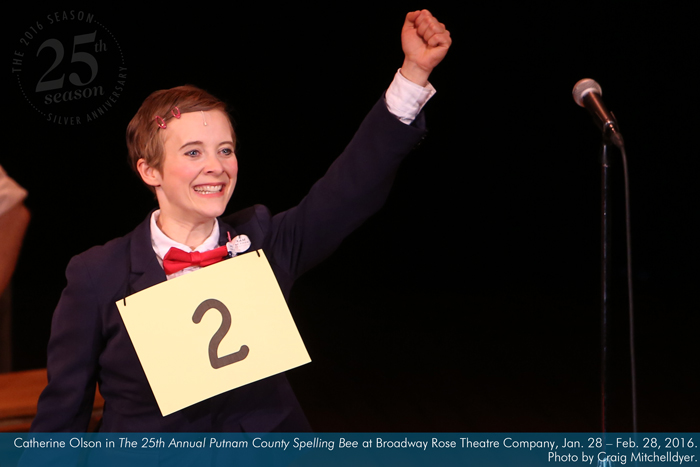 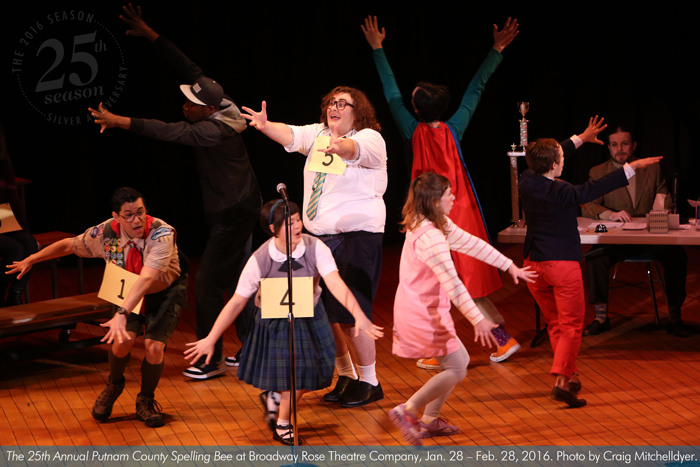 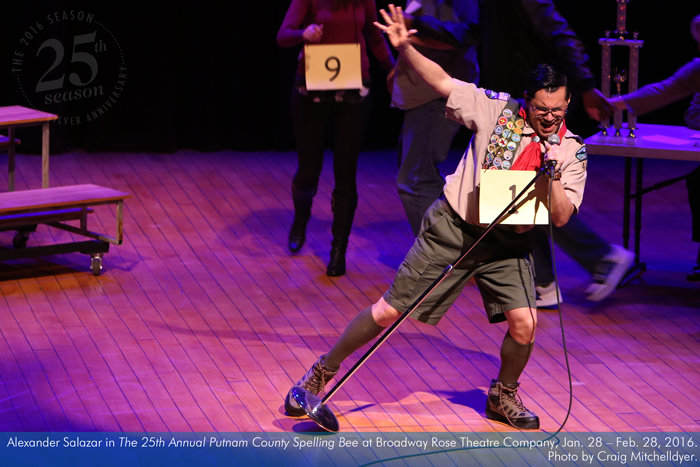 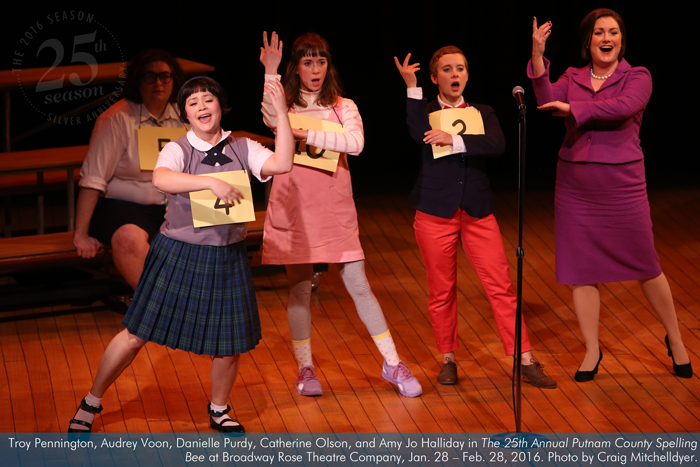 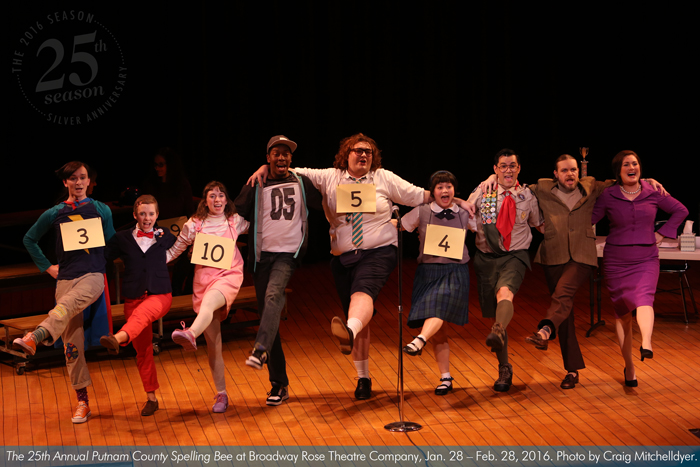 The 25th Annual Putnam County Spelling Bee—Broadway Rose—Tigard, OR
by Dennis Sparks
Feb. 8, 2016
Kaiser has done well, balancing the show with quieter times and then letting other moments explode.  The costumes (designer, Brynne Oster-Bainnson) help immeasurably in defining the characters…The acting by all is very specific and you feel for them, their characters…. Read more.

I put a beeline spell on you (REVIEW)
by Christa Morletti McIntyre
Oregon ArtsWatch, Feb. 2, 2016
Get ready for a warm, witty serenade to logophiles everywhere, and to the outcasts of Putnam County… Who wins? Who loses? We’re not gong to spell that out. But you will end your night with a song – and a lexicon – in your heart. Read more.

25th Annual Spelling Bee Kicks Off Broadway Rose’S 25th (REVIEW)
by Tina Arth
Westside Theatre Reviews, Feb. 2, 2016
Everything about this show just sparkles – it is young, witty, current, moving, and fundamentally honest – an energetic synthesis of low comedy and high drama woven into a whole that should appeal to, well, pretty much everybody. Read more.

Directing is just one of her many talents
by Barbara Sherman
Regal Courier, Jan. 28, 2016
Annie Kaiser couldn’t settle on one career when she grew up, so she now works as a singer, actress, director, performing arts center coordinator, and high school teacher and advisor… Read More.