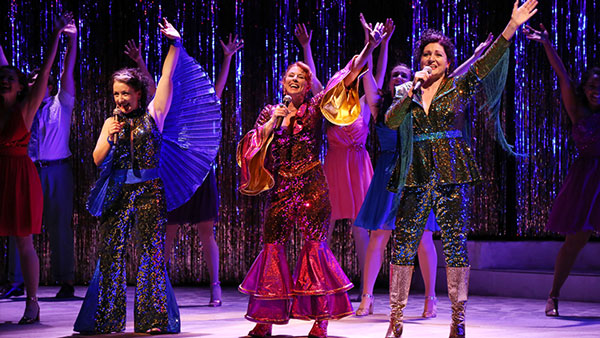 Broadway Rose opened the summer of 2017 with the ghoulish musical The Addams Family, directed and choreographed by Peggy Taphorn. The production received four Drammy Awards including Best Production of a Musical. Next, co-founders Sharon Maroney and Dan Murphy performed opposite one another – for only the second time in the company’s history – as Rose and Herbie in Gypsy. Later that year, Broadway Rose was named Favorite Attraction in the Tualatin Valley People’s Choice Awards. The company received funding to hire a community engagement coordinator following the culmination of an 18-month authentic community engagement plan. Amaya Santamaria was selected to fill the role, which focuses on the company’s equity, diversity, and inclusion efforts, as well as strengthening the education programs.

In 2018, the company’s summer production of Mamma Mia! smashed box office records with over 12,000 tickets sold—surpassing the previous record holder (Cats, 2013) by over 30%. In the fall, local emerging artists filled the New Stage lobby with vibrant works of art for an inaugural art exhibition, which ran alongside the critically-acclaimed production of Ordinary Days.

2019 saw the company publicly launch a $3.3-million-dollar capital campaign to expand the New Stage facility, adding a new studio space, costume shop, larger scenic shop, and additional administrative offices with a goal of breaking ground in April 2020. Due to unrelated construction projects at Tigard High School and the Deb Fennell Auditorium, all 2019 productions, including the summer musicals, were performed at the 270-seat New Stage. Footloose was the largest cast in history to perform at the New Stage, with 28 actors and an eight-piece band sharing the stage.

In March 2020, mandatory closures caused by the COVID-19 pandemic brought live performances around the country to a halt. With just two weeks until opening, the music revue Ain’t Misbehavin’ was canceled; later all summer shows and drama camps were also be canceled, with the fall and holiday show rescheduled until 2021. The building expansion was put on hold. Broadway Rose launched new online content, including weekly live-streamed cabaret performances throughout the summer (18 cabarets). The company replaced its traditional education programming with smaller, socially distanced singing and dance classes for teens. In October, the company released its first recorded production for streaming, Daddy Long Legs. The real-life love story of its co-stars Malia Tippets and Joe Theissen began a new chapter when, onstage after filming, Malia proposed to Joe (who immediately agreed) and then asked him to get married right then and there. Managing Director Dan Murphy performed the nuptials.

Broadway Rose closed the tumultuous year in good financial health thanks to a generous community of supporters.

Streaming productions continued in 2021 with The Story of My Life and The Last Five Years. Broadway Rose was voted “The First Theatre You Want to Go Back To!” in the BroadwayWorld Regional Theatre Awards, and the company ramped up preparations for the return of live audiences at performances. In March, the board of directors gave the green light to begin construction on the building expansion, and on May 5 construction began.