Charlie Brown, Snoopy, and the Peanuts gang explore life’s great questions as they play baseball, struggle with homework, swoon over crushes, and celebrate the joys of friendship. Based on the beloved Charles Schulz comic strip, this award-winning musical has delighted audiences of all ages with its charm, wit, and heart; inspiring several national tours, television productions, and a Broadway revival.

This musical is suitable for most audiences. Click here for our pre-viewing guide for sensory- and content-sensitive patrons (PDF). 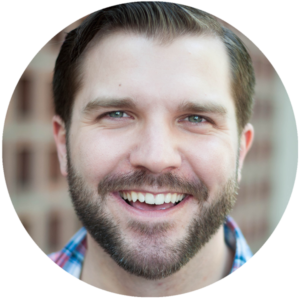 James is honored to be back on stage for the first time since 2019 with Broadway Rose. He recently designed props for A Christmas Carol, the Musical and Honky Tonk Laundry with Broadway Rose, and is the new technical director for Scaregrounds PDX, a commercial haunted attraction at Oaks Park. When not on stage or being spooky, James has spent the last few years as a coordinator for the art department on the stop motion feature film Pinocchio for Netflix and Shadow Machine. 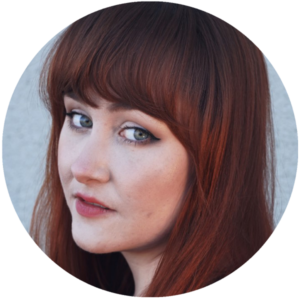 Sarah is an actor and director from Portland, Oregon and this is her first production with Broadway Rose. Last summer she adapted and directed a production of Macbeth with original music by Nathaniel Rodrigues. You may have seen her performing Shakespeare with Experience Theater Project or Portland Actors Ensemble, but most recently she had the privilege of playing Mollie in Pentacle Theatre’s production of The Mousetrap. 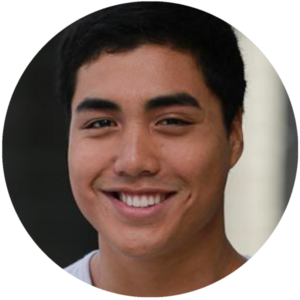 Kimo is thrilled that You’re a Good Man, Charlie Brown is his first show at Broadway Rose. Kimo is a Portland native and studied drama and theatre at University of Portland. Some of his favorite past shows are Cabaret at Fuse Theatre Ensemble, Cinderella at Northwest Children’s Theatre, and American Idiot at triangle productions! Most recently he was on stage as a stripping cowboy in Bella: An American Tall Tale at Portland Playhouse. When not on stage or at work, Kimo enjoys adventuring around the Pacific Northwest and adding more plant babies to his collection. 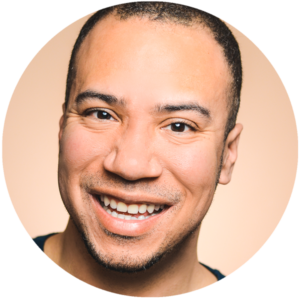 Michael (he/him) is thrilled to be summering at Broadway Rose with the Peanuts gang, having just performed in this year’s gala. Credits include: Babes In Toyland (Lincoln Center, New York City), Joseph in Joseph and the Amazing Technicolor Dreamcoat, and benefit concerts of Pippin and The Secret Garden on Broadway. Michael grew up in Beaverton, works at Oregon Children’s Theatre, performs regularly with Portland Gay Men’s Chorus, and is an established cabaret artist. He is a board member of Theatre for Young Audiences/USA and Bridging Voices, Portland’s Queer/Straight Alliance Youth Chorus. Catch him in the upcoming feature film Showing Up, starring Michelle Williams. Michael holds a B.F.A. in musical theatre from The Boston Conservatory. MichaelHammerstrom.com 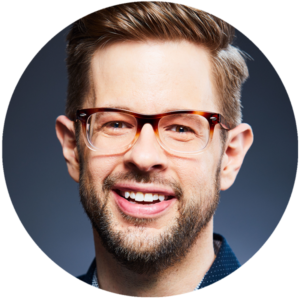 Jason is originally from Austin, Texas and moved to Portland 10 years ago. He is a company member at Curious Comedy Theatre where he performs regularly in Showdown, their flagship improv show. He is also a part of Filbert, which has traveled to festivals around the globe. A few of his favorite stage credits include Pseudolus in A Funny Thing Happened on the Way to the Forum, Sir Evelyn in Anything Goes, and Orin in Little Shop of Horrors. Jason spends his days as a technical writer, a husband, and a parent. 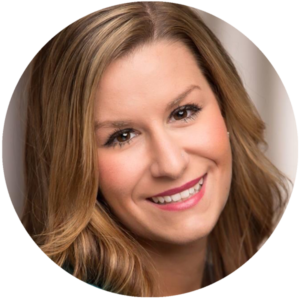 Camille is overjoyed to be playing Sally Brown in You’re A Good Man, Charlie Brown at Broadway Rose Theatre Company! She previously appeared at Broadway Rose in Oklahoma!, The King and I, and The Frog Prince. Most recently she was seen as Jovie in Elf The Musical at Lakewood Theatre Company. Favorite roles include Mrs. Wormwood in Matilda the Musical at Northwest Children’s Theater and Elle Woods in Legally Blonde at The University of the Arts. Camille holds a B.F.A. in musical theatre from The University of the Arts, Philadelphia. She has been teaching at Northwest Children’s Theater for many years and recently directed and choreographed Riverdale Grade School’s spring musical Frozen JR. 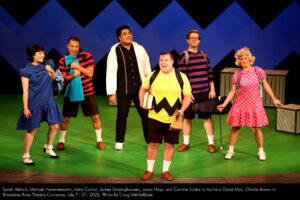 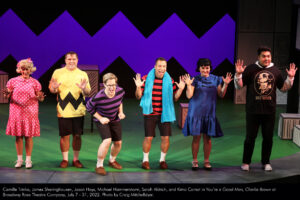 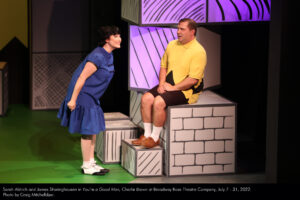 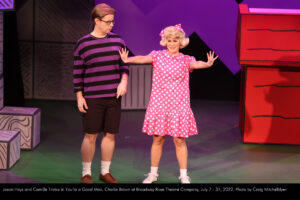 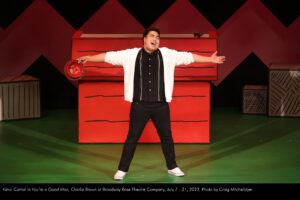 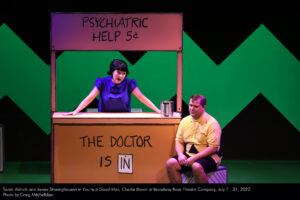 Comic Strip Comes Alive!by Judy NedryJudy-Nedry.com, July 13, 2022Ah, the troubles that bedevil 6-year-olds–learning to fly a kite, playing baseball, falling love with a little red-headed girl. We may laugh, but these are just a few of the issues troubling Charlie Brown and the rest of the Peanuts gang in You’re A Good Man, Charlie Brown… Read more.